Different sorts of contrast can be employed for diverse types of photos. Here’s an explanation of the many contrast photography techniques and how you may use them to enhance your photos.

What is a Contrast in Photography?

When we describe contrast in photography, we refer to the variations in tones and colors that make up a picture. The degree of contrast in a picture refers to the contrast between two colors or the darkest darks and lightest brightness.

The Purpose of Contrast in Photography

Contrast is simply one of the factors you should consider when capturing a picture. To apply contrast appropriately, you must pay special attention to the lighting circumstances and how various colors interact in a scene. This might be challenging when taking pictures, especially if you also want a decent composition and a sharp picture. Luckily, most editing tools make it quite simple to modify contrast, and you can completely alter the appearance and mood of a picture with just a few sliders.

It takes some understanding of color theory to take an effective color contrast photograph. Be at ease, though! To begin experimenting, all you need are the fundamentals. The Color Wheel and Color Schemes can be useful in this situation. A diagram frequently used in the arts is the color wheel. It merely illustrates how different colors interact.

You can divide the colors into warm and cold categories if you don’t want to consider the color wheel. An image with a color contrast will be produced when two cold colors are combined with warm ones.

With contrast photography, you may vary the contrast in several ways to change the tone, texture, clarity, and colors of your image and its mood. While modifying the contrast significantly impacts the final image, it may not be the first thing you consider when taking a picture. The various contrasts you can employ to enhance or alter your image are listed below:

See also  How to get wrinkles out of the backdrop?

Tonal contrast is the distinction between light and dark parts in a picture. Due to the contrast of the composition’s blacks, whites, and grays, the subjects in the image can look defined or undefined through the distinct features.

A picture with great contrast has a broad spectrum of tones, mostly blacks, and whites, with deep shadows and sharp highlights. These photographs will have vibrant colors and rich textures, producing profound outcomes. (Consider an image taken in the glaring sun.)

How to take a high-contrast photo?

When you initially start taking high-contrast pictures, give your camera app’s black and white filter a try. You can “see” the contrast without being distracted by color. To start, shoot light backgrounds with dark foregrounds, or vice versa, to produce images with bright whites and deep blacks.

Once you’ve mastered black and white high-contrast photography, you can attempt exploring with color. On the color wheel, colors with high contrast are situated next to one another. High contrast colors include red and green, blue and orange, or yellow and purple.

Find scenes with good contrast before using your editing program to make more obvious alterations if you want to create high-contrast photographs.

A picture with minimal contrast combines light and dark, giving it a more plain or smooth appearance. The photos are largely composed of shades of gray, with very few highlights and shadows. The dullness will mute the colors in the picture in the lights and dark combination. (Consider a photo taken in the early morning mist.)

How to take low-contrast photos?

When organizing a photo shoot, look for comparable colors because low-contrast photographs frequently have middle tones. Examples include green trees in a woodland setting or blue water against a blue sky.

Use the contrast slider to diminish the overall tonal contrast when editing for low-contrast photos and the shadow and highlight sliders to decrease the contrast between the lightest and darkest areas of your image.

Color contrast relates to how colors relate to one another and where they are located on the color wheel. The look of contrast in the picture is determined by how the color elements contrast. Consider a landscape photograph where the contrast between the vivid and boring colors is larger in the latter. The mood of the picture is produced through the composition. By emphasizing the reds and yellows in a picture, you may make it appear “warmer” or more “cool” by emphasizing the blues and greens.

When adjusting a photo’s contrast, the objective is to make the image more dramatic and thrilling by increasing contrast or more ethereal and soft by lowering contrast. With a selection of presets and filters that feature particular sliders to adjust Tonal Contrast or Color Contrast, Luminar makes it simple to make these modifications.

Taking a picture in both color and black and white, altering the tones in the camera through exposure, shutter, and color settings, as well as by exploring in post-edits, is an awesome method to practice understanding these various types of contrast. Play around with the lighting, the time of day, the subjects you are capturing, and other factors to discover how you can highlight many distinctive styles in your images.

Let’s use what you now know about contrast photography’s fundamentals. Here are some pointers and suggestions for using contrast in your iPhone photos to get spectacular results.

1. Try photographing with both light and dark backgrounds.

You might only need to change the background for some subjects to provide stunning contrast between your main subject and the rest of your shots. A piece of white or black foam board can serve as a backdrop for still life, floral, macro, and even portrait photography. You can also spend money on portable reflectors to use as backgrounds or as regular reflectors to shine extra light on little subjects.

2. Design color schemes that draw attention to areas of strong or weak contrast in a picture.

You have complete creative control over your images and the contrast you wish to highlight for still-life, food, flat-lay, and product photography. We’ve already covered using a color wheel to produce high- and low-contrast images. Still, you can also use your understanding of color theory to develop color schemes that will draw attention to the contrast you want to achieve. Try to put objects similar in tone and color for low-contrast photos (colors close to each other on a color wheel). Place light, bright objects adjacent to darker ones in high-contrast photographs to boost the contrast.

3. Capture silhouettes against a bright sky

Silhouette pictures characterize high-contrast photography. Your primary subject will look almost entirely black because you are photographing it against a bright background. This strong difference between light and dark is ideal when creating artistic silhouettes. The key is to take pictures of objects with distinctive silhouettes or fascinating contours. Save subjects with fine details for a later picture session as they might not transform well as silhouettes.

See also  How do get photography clients?

On a bright day, if you go outside, you’ll be surrounded by enticing shadows that create attractive, high-contrast patterns that are enjoyable to shoot. The shadows created by bright sunlight are the darkest, especially when the sun is high in the sky. Try using a shadow treasure hunt as part of your next photo expedition to find these high-contrast locations. Crisp shadows may be discovered around unusual buildings, gardens, playgrounds, and city streets.

5. For low-contrast photographs, use vintage filters.

A number of the low-contrast images you see online are supposed to resemble old film photography, which had a relatively small dynamic range. You can quickly produce stunning low-contrast photographs using vintage filters from your preferred photo editing tool. For instance, VSCO has dozens of filters to mimic distinct film styles.

Contrast is a critical factor for photographers to consider in every shot. It aids us in giving the audience a certain feeling or message. The most well-known contrast is tonal, but there are also color and conceptual contrasts.

To recognize contrasts around you, you can train yourself. Even better, you can organize the scenarios to produce the desired outcome.

FAQs on What is Contrast in Photography

What does color contrast mean in photography?

Why do we need contrast in photography?

A crucial component for expressing particular moods in your photos is contrast. High contrast images stand out, reveal the subject’s textures, and convey a sense of flair, energy, and power. In both street photography and wildlife photography, high contrast is frequently used. Images with low contrast sometimes have a dreamlike quality. 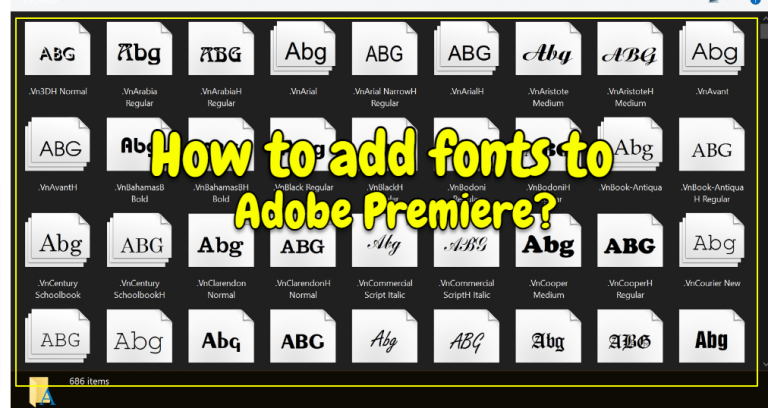